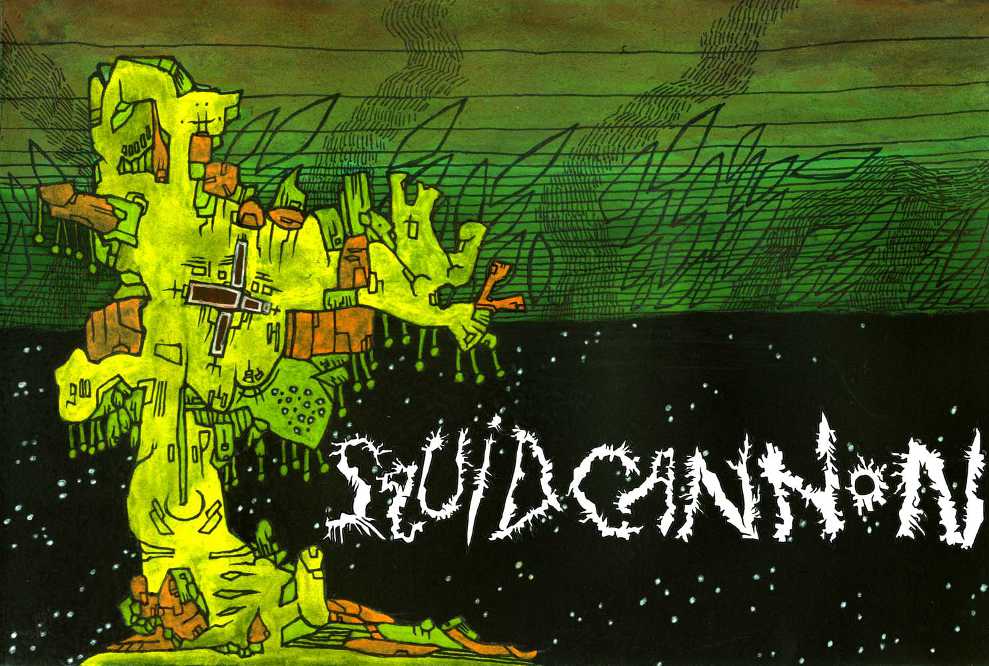 Artwork Contact Frames Prints Illustration Gallery Shows Bio Live Painting
I was raised deep in the woods, in a Northern California mountain community called Grizzly Flats.
Endless forests were my playground, and a powerful force of inspiration for my imagination.
Now I live in the Bay-Area, amidst cities, traffic, and lots of people.
In 1999 I recieved an individualized BFA from the California College of Arts and Crafts in Oakland,
and have been working as an artist since.
Most of these works are expressive musings over the philosophical dilemmas present and future technologies can manifest in society.
They are made with watercolor, ink, and pen, and painted alongside musicians in warehouses, clubs, galleries, and
museums.